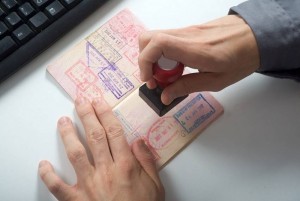 A DRC-born home affairs official has been stripped of SA citizenship after the department found he obtained it via a marriage of convenience. File photo.

A home affairs official’s professional ambition has had unintended consequences for him.

Mbemba Pierre Mahinga faces a bleak 2022 after the Supreme Court of Appeal (SCA) dismissed his application to stop the home affairs department stripping him of his SA citizenship.

In 1996 Mahinga, now 55, arrived in SA from the Democratic Republic of the Congo (DRC) as an asylum seeker, and home affairs alleged he engaged in a marriage of convenience to get citizenship.

He worked at home affairs, where a promotion exposed problems with his CV.

Mahinga has been engaged in a legal battle with the home affairs minister and director-general since 2016, when the minister revoked his citizenship and terminated his employment.

He hauled the minister and the director-general to the high court in Pretoria and won a minor reprieve when the court set aside the decision to revoke his citizenship.

However, the full bench of the court later ruled in favour of the minister and director-general when they appealed, at which point Mahinga turned to the SCA.

The judgment said Mahinga flew to the DRC for a holiday in 2012 even though he claimed to have fled the country because he feared persecution.

According to the judgment, Mahinga married a South African in 1999. He withdrew his asylum application the following year and applied for a permanent residence permit. It was granted in 2001, and two years later he obtained citizenship.

“At that stage there were problems in the marriage,” said Zondi.

“His wife was allegedly seeing another man. A child was born from this relationship on October 15 2003, four months after his application for naturalisation. He renounced his Congolese citizenship in 2015.”

In  2004, Mahinga got a job as an admin clerk at the home affairs refugee reception centre in Pretoria. He was promoted to assistant director in 2006.

“When he applied for employment at the department, [he submitted his curriculum vitae as part of his application. Under work experience on his CV, he stated he was an employee at the embassy of the DRC in Pretoria as an administrative officer from July 1998 to August 2000, and left the embassy’s employ because he was retrenched,” said Zondi.

A tip-off in 2007 sparked a home affairs investigation, but Mahinga did not co-operate with officials when he was asked to provide information for vetting purposes in 2011.

The investigation escalated in 2013 when the department picked up inconsistencies in his application for citizenship after perusing its movement control system. These included how and when he entered SA, the legitimacy of his marriage and “false registration of several children on his personal and salary system”.

The department concluded he was “an illegal foreigner, whose only two options to remain in SA were to apply for asylum or go into a marriage of convenience”, said Zondi.

“I have never been an illegal foreigner in SA,” he told home affairs.

“My asylum application was based on true-life persecution experiences. My asylum claim was appropriately lodged and duly registered in 1996 first. Home affairs put me through a second re-registration process in 1998.

He said only the department could shed light on “how people I never officially declared as being my children or being connected to me ended up being linked to me”.

The SCA found Mahinga obtained permanent residence through misrepresentation because he was not staying with the woman to whom he claimed to have been married. It dismissed his appeal and ordered him to pay the legal costs.

Neither Mahinga’s lawyers nor home affairs responded to requests for comment.