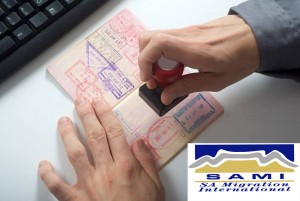 me Affairs gearing up for in-house online booking system
New24 – 30 November 2021
• The Department of Home Affairs is gearing up for the test phase of an online appointment booking system.
• It already has an online system which allows uploading of documents and filling in of applications, and an online full service partnership with banks.
• It is doing this amid post freezes due to Treasury cuts, and the growing queues for service outside its offices.
The Department of Home Affairs is gearing up to test an in-house online appointment booking system.
It was doing this amid the growing queues for vital identity documents the department issued.
“We are moving fast,” said Thulani Mavuso, the department’s Deputy Director-General for Institutional Planning.
The online booking system would be tested at certain offices and would be formally announced when it’s ready for roll out. “But the system is complete,” said Mavuso.
He was part of a team briefing the Western Cape legislature’s Standing Committee on the Premier and Constitutional Matters.
An online booking system was already available at some Nedbank, Standard Bank, FNB and Absa banks around the country.
At these outlets, applicants had their fingerprints and photos taken. An account with the institution was required.
The department already had its own partial online application system, with applicants uploading documents, then going to the department to provide the fingerprints and to take a picture.
Designed
The committee heard that queues outside Home Affairs’ offices were a problem, with the buildings not designed for people waiting outside.
Homeless people had also carved out a niche market which involved sleeping in queues for a fee, but the department was trying to stamp this out by keeping a list of names from early in the day and only letting those with business in the building through the door.
The department said that one of its problems was not being able to replace staff who left after Treasury budget cuts.
Yusuf Simons, the department’s provincial manager for the Western Cape, said only priority posts could be filled.
In the meantime, the green ID book was still being issued in some areas where systems were not linked to the live Home Affairs systems.
Committee chair Regan Allen, in his capacity as DA Western Cape acting spokesperson on Premier and Constitutional Affairs, said that an online booking system will not work with its current reputation for being offline.
He added that 500 staff members are not enough to meet the demands of the seven million residents of the Western Cape.
“Unless systemic deficiencies in the IT service is addressed and the infrastructure is updated and protected, automating services will not address the growing demand,” said Allen.
“The root of the problem and the solution remains the IT system, and this must remain the top priority of Minister Motsoaledi.”
www.samigration.com