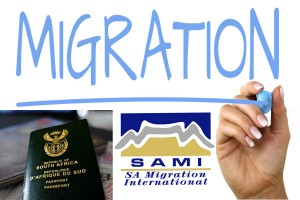 Johannesburg – A JUDGE has considered better quality of life and opportunities in a foreign country in her decision to rule against a father who sought to scupper his minor daughter’s imminent emigration with her mother.

Judge Fiona Dippenaar presided over an urgent application brought to the South Gauteng High Court, Johannesburg, by a mother identified as AK and father LKG.

After a “tumultuous romantic relationship” that started in 2014, AK and LKG separated in March 2019. Their daughter, identified as A, was now 5.

AK, a primary caregiver to a clinical psychologist by profession, got married to an engineer in September 2020. They also have a 4-month-old baby.

The family of four was in the process of relocating to New Zealand. LKG, a film editor, opposed the move on the grounds that it would severely prejudice his relationship with his daughter.

AK submitted before Judge Dippenaar that she resorted to launching the urgent application because she had found a permanent job as a clinical psychologist in Auckland, New Zealand.

She contended that it was in A’s best interests to move to New Zealand because she had been the child’s primary caregiver since birth.

Other grounds necessitating A’s move were better and free education and health care, general safety, the quality of life and low unemployment rate in New Zealand, the mother submitted.

Judge Dippenaar ruled that AK’s submissions had merit. “In my view, it cannot be concluded that the relocation is not bona fide or reasonable.

“It can also not be concluded that the relocation decision was not taken bona fide,” she said.

“The opposition of the application on this basis lacks merit. The respondent has put up no primary facts which would justify the inferential conclusions he seeks to draw.”

Judge Dippenaar pointed out that in addition to the fact that AK was a primary caregiver, it was a fact that she was relocating for greener pastures with her nuclear family.

“The applicant is a trained clinical psychologist who has secured a good position in the profession and the location of her choice,” she said.

“She is relocating with her nuclear family, a husband, new baby and A to pursue a new life in a secure location with free education and health-care programmes and a much lower unemployment rate than in South Africa.

“To deprive her of that opportunity and the friction that may be caused in her marriage as a result, may well in my view have a severe impact on the welfare of A and her new brother and the happiness and security of their family unit.”

She added that the inevitable prejudice AK and A’s relationship did justify ruling against the mother.

“It would be less detrimental to A not to deprive the applicant of the opportunity to relocate to New Zealand.

“It is open to the respondent to mitigate such prejudice to A by negotiating or obtaining generous access to A, albeit primarily virtually, at least on a day-to-day basis.”

Judge Dippenaar terminated the parental rights that AK had to give or refuse consent to the child’s relocation.