South Africa encourages permanent residency if you are serious about staying in South Africa on a long terms permanent basis there are many categories you can apply under.

Long Outstanding Permanent Residence – What are my options

Class Action appears cheaper way but has more consequences to applicant than individual court action . Whilst class action hits the newspapers etc it pushes Home Affairs into a corner and they need to deliver against a court deadline a decision but it may not be what you expect . It could be a rejection . For example an older pending application with an expired visa will lead to a rejection .

We choose individual court action , it is not that expensive , Home affairs is not embarrassed in public media and often gives our clients the latitude to update any expired documents and generally the outcome is successful if application is fully compliant . 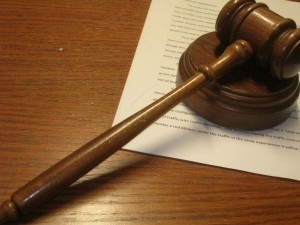 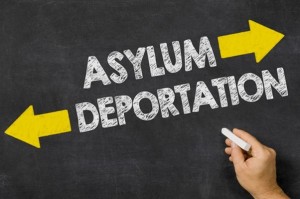 Apply Now for Temporary Residence even with EXPIRED LOCKDOWN PERMITS

The Constitutional Court handed down a judgement in the Ahmed matter as well as a Court Order opening the door for Asylum Seekers and Refugees to apply to change their status to  temporary residence visa . Contact us now before this fantastic opportunity is lost .

Contact us now and ask me HOW CHANGE TO TEMPORARY RESIDENCE . Travel abroad from South Africa , get a Canada , Schengen Visa afterwards .

Six officials from the Department of Home Affairs have been arrested at the Lebombo port of entry in Komatipoort.

The officials were arrested in connected with fraud, corruption, and the contravention of the Migration Act.

The officials, who are stationed at the Lebombo border post, were arrested alongside a police officer and a Mozambican national.

“The officials who were arrested today together with the hawker who was directing them as a result of this tip off, have been under surveillance by a team of the Hawks and Home Affairs counter-corruption for a period of 18 months.

“It’s not something that happened in one day they have been under observation. These people are involved in an elaborate scam that is at the roots of lots of problems regarding the issue of immigration into South Africa.”

Motsoaledi said the elaborate scam consisted of collecting passports from people whose time in South Africa is about to expire.

“The passports were then taken to the Mozambican lady who is the master and the runner of the scam, who has a network of officials that she works with here at the border.

“The lady will then get the officials to stamp the passport as if the owner of the passport has been through the border and back.”

The suspects are expected to appear in court on Monday. 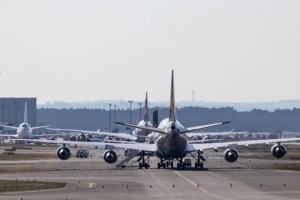 Ugandan afrobeat singer Rebecca Kwikiriza better known as Chosen Becky was over last weekend deported from South Africa although the news of the same was contained and didn’t spread further.

Becky who had gone to perform in the already open South Africa was bundled onto a plane and  sent home in a rather embarrassing way.

The Bankuza artiste was scheduled to perform at an event but his management team and event promoters were unable to secure her a work permit and rather got her a visitors’ visa.

When she reached the South African Immigration offices, she was asked her purpose for the visit as was stipulated in the visa but she blindly disclosed that she had gone to perform which was contrary to what the Visa said.

Chosen Backy’s deportation comes a few days after the deportation of fellow artiste Fik Fameica from the same country.

A short-term visitor’s visa for South Africa allows foreign nationals to visit the country for tourism purposes and generally needs to be applied for prior to arrival in South Africa.

However, for one who is involved in any kind of work in the country needs to acquire a work permit which most promoters have always failed to provide to the artistes.