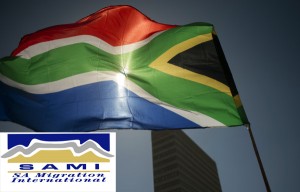 South Africa’s Border Management Authority (BMA) needs close to R3 billion to pay staff, while another estimated R5.2 billion would be needed for goods and services.

According to BMA commissioner Nakampe Masiapato, the estimated expenditure on the compensation of employees and goods and services was to establish a fully operational BMA.

“It should be noted that the above costing is indicative of an estimated cost of the BMA. However, this cost does not include the cost of the future ICT requirements,” Masiapato said.

Following discussions between the BMA leadership, National Treasury and Department of Public Service and Administration, it was agreed that until March 2023, the BMA would remain “incubated” within the Department of Home Affairs.

“Between 1 January 2022 to May 2022, all key positions filled and the oversight committees constituted. In June 2022, BMA will make budget submissions to National Treasury inclusive of transferred budgets from proclaimed departments as discussed. In July 2022, the Department of Public Service and Administration is to announce the listing of BMA as a Schedule 3A Public Entity,” Masiapato said in his presentation.

After budgetary processes in October 2022, and February 2023, the BMA would exit the department to operate as a public entity from 1 April 2023.

It would report to the Minister of Home Affairs.

The BMA would be responsible for:

“Considering this mandate, juxtaposed against the long-standing national problem of ‘porous borders’,  it is therefore critical to fast track the operationalisation of this BMA, of which this presentation seeks to provide an update to that effect,” Masiapato said.

The BMA logo was developed with the support of the Government Communications Information System (GCIS) and approved in October. Uniform specifications for the BMA were finalised in June 2021, and so far, 15 Toyota Land Cruisers had been bought.

Masiapato said that members of the Immigration Inspectorate would be deployed along with soldiers to conduct joint operations this festive season.

“In addition, plans are at advance stages for the deployment of additional capacity of the SANDF reserves at the borderline. BMA leadership is finalising discussions with the SANDF Command Council for the secondment of the reserve force of the SANDF. This will serve as the preparations towards the introduction of the BMA Border Guards along the borderline,” he said.

Masiapato said they were aiming to sign a memorandum of agreement with the SANDF by no later than November.

“Given the current discussions, we envisaged to launch the BMA Border Guards sometime early next year (2022),” he said